Open a larger version of the following image in a popup:
Share

During the COVID-19 crisis, Dutch Fine Art Photographer Isabelle van Zeijl visited local flower growers to explore how she could shine a light on an industry that is suffering an 80% loss of income. The growers were keen on a collaboration with Van Zeijl with one grower suggesting that "life is cyclical, like nature. After every difficulty there is always ease. We choose to share, collaborate in order to grow together." 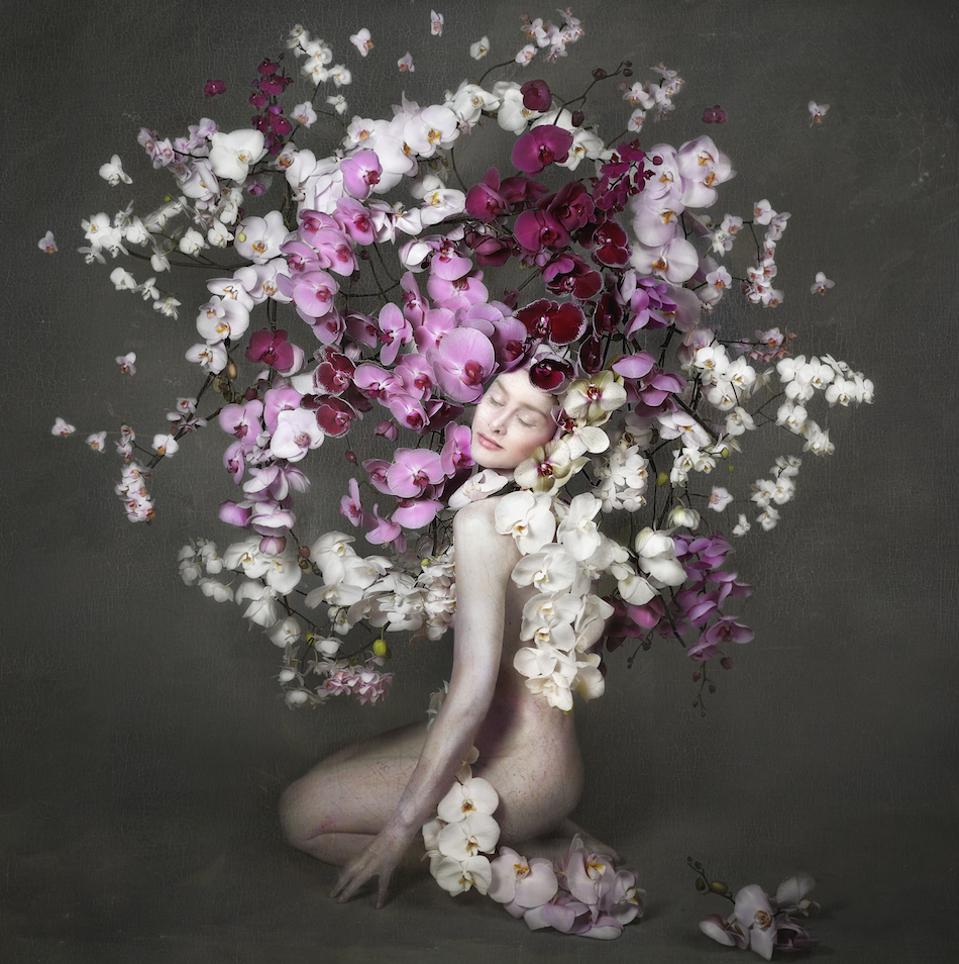 Isabelle van Zeijl's previous work has explored the prejudices against women from general misogyny, including sex discrimination, to sexual objectification and violence against women. She takes past ideals of female beauty and subverts them for use in a contemporary context. These ideas are also represented in her new series inspired by her visits to local growers, The Rebirth of the Dutch Flower. This series of photographs using discarded flowers from her local growers, highlights the unfortunate mass destruction during the current world lockdown. But the enigmatic photographs are also a celebration of hope as they give the flowers new life by suggesting renewal, rebirth and reinvention. As Van Zeijl explains, "flowers grow out of dark moments, the more difficulties, the more beautiful they become, they always tend to grow towards the light."

One of the works in the ongoing series, New Earth(edition of eight), is now available from art consultant Stephanie Manasseh's smartadvisory.art. Ten percent of the proceeds will go to the the Denver, Colorado based charity the National Coalition Against Domestic Violence, which has seen a disturbing rise in cases since quarantine began. As Van Zeijl says: "We rise by lifting others."

The Amsterdam-based artist whose work is held in private collections worldwide, has shown at international art fairs in New York, Miami, Los Angeles, Hong Kong, London, Germany, Belgium, Sweden and Italy. Isabelle van Zeijl was shortlisted for the Prix De La Photographie, Paris and The Fine Art Photography Awards. She is represented in the United States by the Christopher Martin Gallery in Dallas and Aspen.

Ten percent of the proceeds from sales of "New Earth," a limited edition in the series The Rebirth of the Dutch Flower, will go to National Coalition Against Domestic Violence. The framed C-print in a limited edition of eight is €8,500.00 plus shipping. The sale, which runs until 30 June 2020, is exclusively via Stephanie Manasseh's Brussels-based art consultancy, SmartAdvisory.

We will process the personal data you have supplied in accordance with our privacy policy (available on request). You can unsubscribe or change your preferences at any time by clicking the link in our emails.